Editor’s note: The following is a guest post by Eric Clemons, Professor of Operations and Information Management at The Wharton School of the University of Pennsylvania. The views he expresses are his own, and we present them here to foster debate.

The mainstream press, such as The New York Times, has noticed that even Google itself is starting to worry about the possibility that the Department of Justice may seek regulation, possibly even the break-up of Google. How can this be? How can a firm seen as a triumph of creative capitalism and a virtuous contributor to the economy (“Don’t be evil!”) possibly be suspected of anything? Is this regulatory oversight gone mad? Not exactly.

* Even with the appearance of competition from other search engines such as Yahoo and Microsoft in the market for sponsored search, Google enjoys monopoly power over corporations that participate in its keyword auctions. This monopoly power is especially great when Google deals with corporations whose operations are largely fixed cost, such as hotels and airlines.
* Google is abusing its monopoly position by overcharging corporations for access to consumers. These charges are passed along to consumers and ultimately result in consumer harm.
* Google is likewise abusing its monopoly position, deterring market entry in areas that would benefit consumers and damaging potential entrants.
Any one of these would justify regulatory intervention. The second and possibly the third would also justify some form of financial compensation to those who could demonstrate that they had been damaged by Google.

Monopoly power in electronic distribution channels is often difficult to assess since the relationship between market share and market power may be deceptive, even counter-intuitive. Two historical examples that were subjects of my earlier research provide the best way to begin the analysis, because their economic implications are now very clear.

In the mid 1980s American Airlines’ Sabre and United Airlines’ Apollo computerized reservations systems (CRSs) dominated the market for travel agency reservations systems, with 43% and 27% market share respectively. Other systems existed, and other airlines appeared to be free to enter with their own CRS offerings, but agencies were satisfied with the systems they were using, the largest agencies were actually given their systems free or even paid for their usage, and the position of these two CRS vendors appeared stable. At the time 80% of air travel bookings were made through travel agencies. Thus, while neither Sabre nor Apollo accounted for a majority of any airline’s bookings, even the smaller of the two controlled access to approximately 20% of each and every airline’s potential customers and therefore approximately 20% of every airline’s sales. Airlines initially chose to participate early, when participation in the CRSs was free. Only later, when agencies had come to depend upon CRSs, and thus when airlines had become dependent upon CRSs as well, did Sabre and Apollo institute high fees for reservations, ticketing, and other services they provided to the airlines.

Can we demonstrate that these CRSs had market power at the time? The historical record makes this quite clear. When Apollo dropped Frontier from its reservations systems, Frontier was forced to file for bankruptcy protection under Chapter 11; it reemerged, regained listings in Apollo, and continues to fly. When Sabre, which was larger than Apollo, dropped Braniff, Braniff ended up in liquidation and no longer operates. Clearly market power was present and clearly this power became evident to all airlines even if it was not perceived by passengers or even by agencies. Ultimately, both American and United were earning more from booking flights on other airlines than from their own operations, and at one point American was earning more from booking passengers on Delta’s flights than Delta was earning by operating them.

Neither Sabre nor Apollo had a monopoly of the market for reservations services, but together each had a parallel monopoly on the share of the market that they served through their agency customers. This should be clear from the figure below.

At approximately the same time Philadelphia National Bank (PNB) acquired Cash Stream, signed Provident as a customer bank, and consolidated the position of MAC as the sole ATM service provider for the Philadelphia region. Interestingly, even with 100% of the market for inter-bank ATM switching services, PNB lacked monopoly power, was unable to charge excessive fees to its member banks, and never represented a competitive threat to the other banks in Philadelphia. How can we possibly explain this? Again, a picture is very helpful.

From these pictures we can plainly see that the geometry of the two networks — CRS services and ATM services — is quite different. The CRSs are positioned between the airlines and their passengers. If one CRS drops an airline then all agencies that use the CRS and all of that agency’s customers are denied access to one (and only one) airline. The agency may not care, and the customers may not even know. Moreover, bypass of the CRS at the time, before the presence of search engines and online booking, meant that the lost business was likely to be impossible to recapture as long as participation in the CRS was denied. Despite the high fees, no airline voluntarily removed itself from any CRS.

In contrast, each bank is positioned between its customers and the ATM network service provider MAC. If a bank is denied access to the network, at least its own cards will work on its own machines. Moreover, each bank used an identical interface in its communications with MAC. Therefore the banks were able to forge an alliance — if PNB attempted to compete unfairly against any one of them, they would simply implement bilateral switching among themselves and cut MAC out entirely.

Clearly, Google’s market share for sponsored search and for search generally is larger than Sabre or Apollo ever enjoyed, and clearly Google comes between the shopper and the ultimate service provider (hotel, airline, retailer, or manufacturer), just as we saw in the case of the airline CRSs. The conditions are right for Google to enjoy enormous market power over service providers, who feel they must bid for positions in Google’s sponsored search keyword auctions.

Offsetting the fact that Google’s market share advantage in search is greater than that of Sabre or Apollo at their largest, is the fact that alternative routes to airlines, hotels, and retailers exist. For instance, in the case of hotels, customers can call the hotel directly or can call the hotel chain’s central reservations systems, or can enter the URL for the hotel’s own website for reservations or can enter the URL for the hotel chain’s central reservations websites. The concept of relevant market share, which was a critical part of the Microsoft antitrust litigation, is likely to be a crucial factor here as well in assessing how important Google search is to companies’ access to their customers.

What else will the Department of Justice need to show? It will want to show what the economist William Baumol has called contestability is absent, which is usually taken to be an indication that market power can be obtained, and it will want to show the abuse of that market power. (Interestingly, Baumol developed the theory of contestability when he was consulting for AT&T, and he developed the theory to argue that there were cases when even 100% market share did not constitute monopoly power. In contrast, we argue here that even without monopoly market share, market power may exist). His test for the presence or absence of contestability is the ability to earn enough in one industry to subsidize others. The test for abuse of market power is both prices that are too high and the use of these subsidies to deter entry by competitors. In the Microsoft trial these two were established simultaneously, and the same can be done here:

* Google is earning enough from sponsored search to subsidize almost all of other businesses, including gmail, Google Office, Latitude, gDrive, and others.
* Google is indeed subsidizing these other businesses, deterring entry and, ultimately, allowing them to charge monopoly prices later.

What else would the Department of Justice want to demonstrate?

* As long as Google provides its services to consumers without charge, consumers will have no reason to switch search engines. This is not strictly true; more precisely, as long as the combination of natural organic search for most searches, and sponsored paid search for searches related to purchase decisions is effective, then consumers will have no reason to switch search engines. The Department of Justice will probably want to assess the quality of organic search and of paid search to determine why consumers are satisfied.
* As long as Google has the market share that it currently enjoys in sponsored search, no single service provider dares risk refusing to participate in the auction for keywords, especially those that are part of its trademark and most likely to be used by consumers searching for them. The presence of other search engines with limited market share does not alter the power that Google has over corporations because of the large numbers of consumers that do use Google. The DoJ will probably want to assess the extent to which corporations are being overcharged and the extent to which these charges result in higher prices to consumers for goods and services.

I believe the Department of Justice will be able to establish monopoly power and the abuse of that power. Ultimately, the Department of Justice will seek to demonstrate consumer harm, direct or indirect, caused by the high fees charged for sponsored search, and, ultimately, I believe that the DoJ will succeed in establishing this, but these are not essential to establishing the presence of and abuse of market power.

Again, I am not approaching this as an attorney would, nor have I discussed this with lawyers for any of the concerned parties, but I expect that attorneys both at the DoJ and at Google headquarters are already addressing these issues.

First published on TechCrunch at www.techcrunch.com, on March 1, 2009 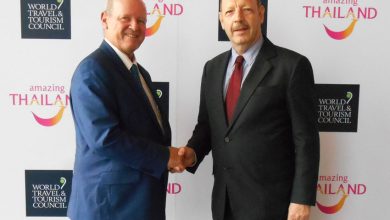 Tourism Leader Meet During the WTTC Global Summit in Bangkok

What Ever Happened to Dot Travel?

The Importance of Video in Online Marketing 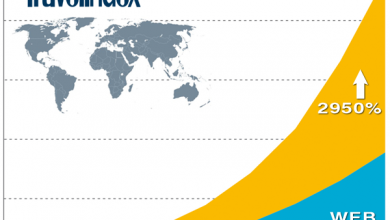