Two interesting articles about friends and friendship online. Here is the second one published on www.TechCrunch.com

The Meaning of Friendship

I can only imagine the angst that Jessica Vascellero at the Wall Street Journal inserted into countless minds this evening with her article about the difficulties people are having defining what is and isn’t a “friend” for online social networking purposes.

Most Americans who aren’t teenagers or a little older are just getting used to the idea of social networks in general. But the complicated and evolving rules about what constitutes friendship online is adding even more stress.

One young woman had to face someone she defriended on Facebook in a chance encounter on an elevator, and re-added the person to rid herself of the guilt. A middle aged jeweler frets over the implied meaning a competitor unfriending him. Meanwhile, the web-savvy David Dalka, saying he doesn’t need to know “you’ve changed to a new brand of peanut butter,” has unceremoniously dropped people from his friend list at LinkedIn.

So What Is An Online Friend, Anyway?

The social networks themselves, and those of us who spend a lot of time there, are still trying to work out the details on what it means to be a friend with someone online. With friendship comes benefits – you get a stream of information about the person, but it also has costs (you have to wade through a stream of information about the person, and they get access to your intimate details).

Facebook in particular has struggled with this. For a time they really just wanted users to be online friends with people they already know in the offline world. That messaging has subtly changed more recently, though, to a less rigorous position.

It’s clear that the more friends you have on any given service, the more noise you have to wade through to find the golden signal. In the real world when you don’t want to be friends with someone, you just find ways not to spend time with them. But online, you click that friend button because it seems so easy, and it’s considered insulting if you don’t. And then you pay.

Social networks are taking two approaches to dealing with this. MySpace and Facebook (and those like them) have added different buckets to throw friends into. You can share more or less information with different groups of friends. So if you aren’t really friends with someone but don’t want to insult their friend request, you can throw them into the unwashed masses bucket (or whatever you want to call it).

The other approach is the one taken by sites like Twitter and Friendfeed. Anyone can follow anyone and watch what they’re up to, but you are under no pressure to reciprocate. The problem with this approach is that there is still a lot of social pressure to follow people back. I suggested a “fake follow” back in August so that you can just pretend to follow those people. Friendfeed now has a feature which allows just that.

But bucketing friends just seems like a bolted on way to fix the problem. And managing the changing relationships you have with of hundreds or thousands of people across multiple sites is a real time sink. In the future, the services should be able to do a much better job of just figuring out, through your gestures, who you are really close to and who you aren’t. It may also define a relationship with someone I don’t know at all based on whether or not we have friends in common. So even if there is no interaction at all, Facebook and MySpace (or whoever) can theoretically have an idea of how much personal information to share between us.

Ultimately, though, our culture is adapting just as quickly as the networks are. Facebook’s Mark Zuckerberg has said users are becoming more and more comfortable sharing online. Sometimes (ok, often) Facebook is pushing the envelope when it comes to deciding on my behalf what is shareable and what isn’t. They’re placing aggressivebets on where this is all evolving. And sometimes they lose the bets (but not always).

But where they are correct is that there is no bright line of right and wrong when it comes to defining online friendship. The algorithms and the humans will meet somewhere in the middle. 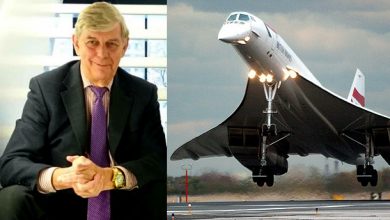 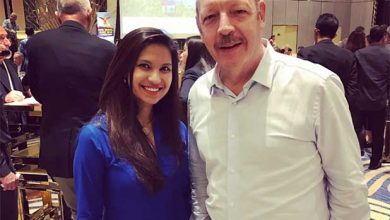