Panama City, Panama, February 16, 2022 / TRAVELINDEX / On February 9, six tourism ministers and the regional tourism authorities, along with the executives of Adventure Travel Trade Association (ATTA), held a roundtable in Panama and co-signed the Declaration, “Transforming towards the Tourism of the Future.”

While the host country Panama welcomes buyers from eight countries to the ATTA event, Latin American Adventure Next held in Panama City, Iván Eskildsen, Minister of Tourism of Panama extended the invitations to the regional ministers to discuss tourism sector collaboration. Eskildsen’s team initiated the declaration idea and prepared the draft. Following a two-hour, round-table discussion, the ministers all agreed to support the Declaration, which received 11 signatures.

The Declaration is in response to a call by UNWTO for the public and private sectors to reconsider the development of the industry as it recovers. UNWTO has identified this time as an opportunity to accelerate tourism’s shift towards greater sustainability.

When asked what prompted him to lead this regional collaborative initiative, Eskildsen says, “As human beings, we need to improve the way we do things in relation to the planet, to people and to our countries. Latin America has amazing similarities such as biodiversity and cultures. We are with the type of mindset: If we can share experiences to improve our wellbeing in our region, then it’s also good for the individual countries. What is good for the beehive, would benefit individual bees, like Marcus Aurelius of Roma said. Our Declaration draft received support from all ministers, who are also supporters of better ideas and more visionary strategies.”

Haybina is an international travel industry reporter and has been reporting in both Chinese and English. Linkedin

DECLARATION:  TRANSFORMATION TOWARDS THE TOURISM OF THE FUTURE

that the future of tourism is collaborative, bringing together the ancestral wisdom of local and indigenous communities with pioneering scientific and economic knowledge in service to long-term stewardship of integrated ecosystems.

the future of tourism is regenerative.  It is our opportunity to rethink the way we interact with nature and people to regenerate invaluable ancestral knowledge in order to face the current anthropogenic climate crisis.

the future of tourism is green and blue. It is imperative that our industry protect and regenerate the last wild places and carbon sinks in both land and ocean.

to the transformation towards a carbon-neutral and more socially resilient tourism economy – including new business models through digitalization – thus providing the opportunity to ensure a fair distribution of its benefits and contributing to a global economic reactivation. 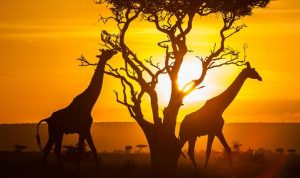 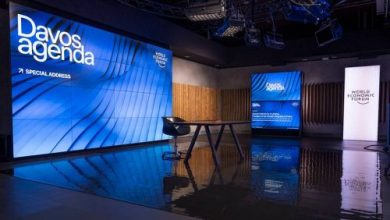 The Ritz-Carlton in Amman Appoints Tareq Derbas as General Manager